Heading to the Garden Route from Johannesburg – ever wonder what you can do along the way?

Every year, thousands of Joburgers head to the Cape over the Summer break. Whilst I understand the urgency to get to your destination, especially a coastal one (believe me I do – Durban is home), stopping along the route on your roadtrip can be so informative and often loads of fun. Who knows what you could be missing along the way?! 🙂

Over the Easter break we planned a trip to the Garden Route from Johannesburg. It was our first time, and we were absolutely thrilled. I mean, have you ever heard anyone say what a miserable vacation they had along the Garden Route? Never. Now the info I am about to share is a combination of my own research and advice only fellow travellers will give you.

Here’s what you can look forward to along the way:

You will quickly recognise once you have left Johannesburg. Clear skies, farmland, sunflowers, cattle, dams, and just beautiful scenery awaits. It is so refreshing. You come to realise how much you miss when you travel by plane.

You can find the Anglo Boer War Museum in Bloemfontein. It is only a few kilometres off the main highway so no need to worry about deviating off your route for too long.

Unfortunately we visited the museum a day before the Easter weekend began and it was closed. There are remnants of the Anglo Boer War and this era outside the indoor museum. I must admit that i did find it quite bizarre that a museum would close before Easter weekend?! 🙂

An ex-colleague (thank you David HJ!) told me about the Kuilsfontein Farm Stall, and their infamous lamb pies. There are padstals (farm stalls) all over South Africa, but this one was particularly cute. They sell beautiful handmade toys, preserves and fresh food.

The Gariep Dam is the largest storage reservoir in South Africa. In the age of the internet, you will be surprised how much you can learn from fellow travellers and South Africans. It is a fantastic spot to relax and picnic, take a stroll, and stargaze at night. A great halfway stop, being six hours from Johannesburg. If you decide to stay over, have a sundowner or two at the De Stijl Hotel.

I didn’t realise that the Three Sisters land formation also made for the name of the town. There’s loads of mountains in the area and whilst we knew what it looked like, we just couldn’t see it. 🙁

Stop at the Travalia Farm Stall at Three Sisters in Beaufort West for a hearty breakfast, and refreshments. It was our first taste of the infamous Karoo lamb chops.

Beaufort West is a popular halfway stop for travellers headed for the Cape, or like us the Garden Route.

There are a number of routes that lead to the Garden Route but we were advised by fellow travellers to drive through the majestic Swartberg Mountains. Look out for the tourist office and be ready to take a small walk up to the waterfall, where you can take pictures or even have a swim.

Graaf Reinet and the Drostdy Hotel

On the way back to Johannesburg, we decided to take a different route and drove via Willowmore to the Drostdy Hotel, where we stayed over in Graaf Reinet. Small towns are so interesting and more often than not, they have hidden gems. This hotel was built in the 1800’s and they have retained the Cape Dutch and Victorian look and feel.

The Valley of Desolation and the Camdeboo National Park

The Valley of Desolation is situated in the Camdeboo National Park. It is a few kilometres from the town of Graaf Reinet. It is a must-see, and very popular for sunset. Just look at this pic!

Last but not least – it is an amazing feeling to travel through so many provinces on route – Gauteng, Free State, Northern Cape, Western Cape and Eastern Cape.

Now this is not meant to be a comprehensive list as there are so many different routes that one could take in and out of the Garden Route, but it’s what we experienced and able to share with you. Happy roadtripping! 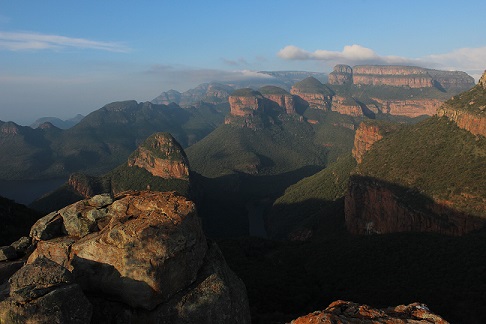 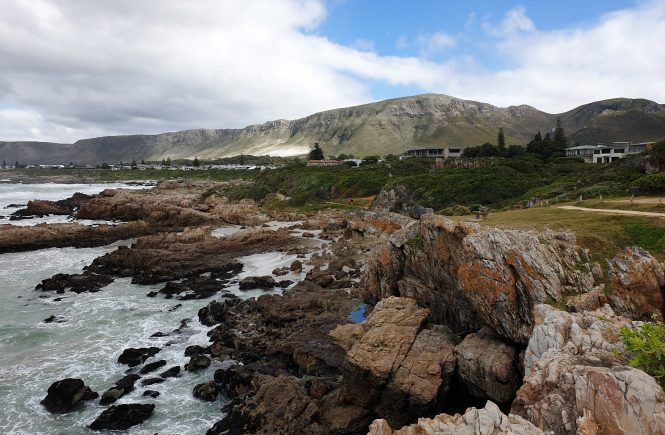 A weekend away in Hermanus 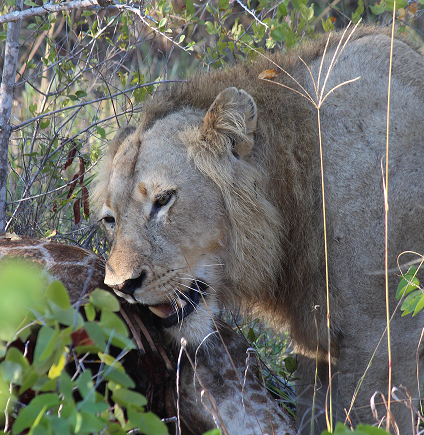 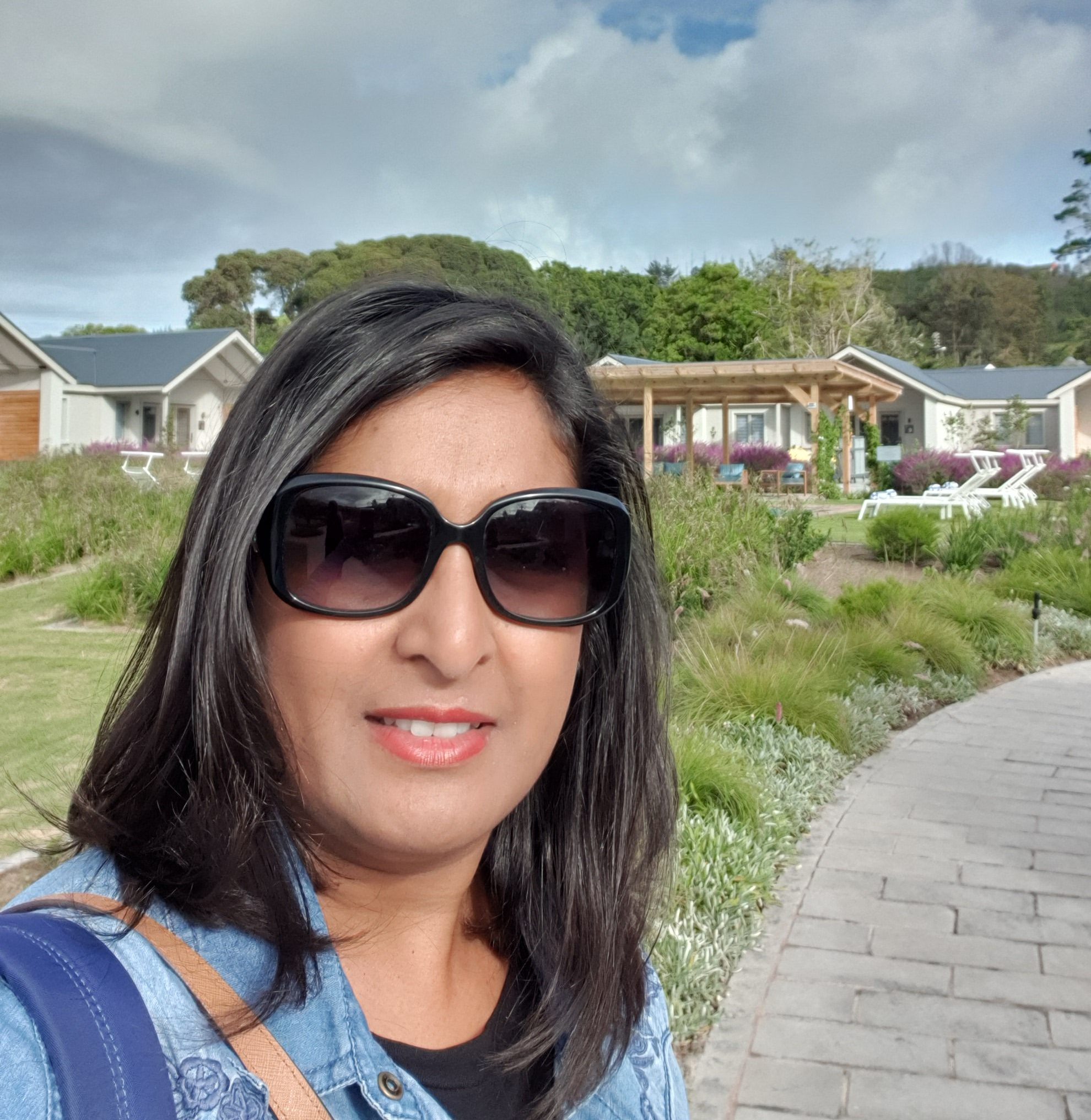 Digital marketer by day. Travel and food blogger by night.

I come from humble beginnings, and first left the country on a work trip in 2010, which i extended with a Contiki through Europe.

Since then, I have visited some amazing destinations, experienced diverse cultures and cuisine, and made lifelong friends.

Travelling has changed my life and been an incredibly rewarding experience.

By sharing my travel experiences, I hope to help and inspire others to pursue their travel dreams.

Here you will find travel itineraries, travel tips, articles on how to plan a holiday, and what you need to know before your first trip abroad, and so much more. If you have any questions, please feel free to drop me an email on travelmyblog@outlook.com

#SouthAfricanTravelBlogger
How to DIY travel and my inside guides
Last trip: Madikwe, South Africa
📍#SouthAfrica
Travel itineraries and tips↙

Over the last few weeks we've been taking a trip d

How I long to feel this much joy again?! Even my e

Me and Mauritius = love at first sight. The resort

When I look back on our trip to Mauritius🏝, her

I hope that whatever you are doing, you are making

Over the next few weeks we'll be sharing snaps fro

If you live by the coast just know that we really

We had a good old laugh this morning. @envorpillay

Today I needed to take myself back to a place wher

🎢 We on an emotional rollercoaster everyday. Ou

You learn so much about a person when you travel w

DON’T WANT TO MISS OUR BLOGS